Today's WTF is moved to you, thanks to Allied Moving: 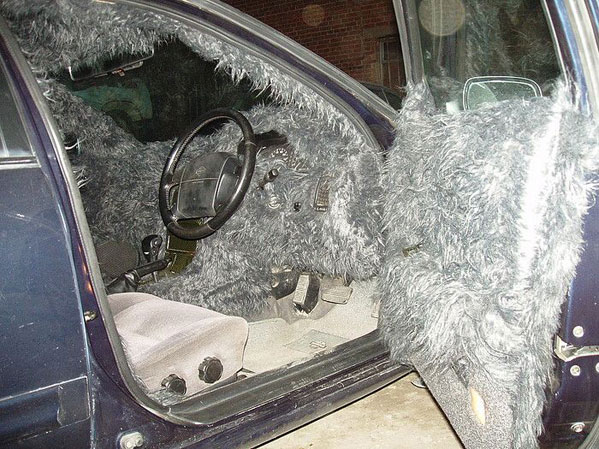 I just got e-mail saying I should have gas now! I can cook! the fire place will work! Life is grand!


But the work on the appartment will not be done this week. So who's up for hanging out this weekend?

With the work not being done, my rent is being reduced till it is fixed. Score!

Prosthetics cover a lot of things, basically a prosthesis is a replacement for any body part. Eye, tooth, arm, breast, etc. In many cases the prosthesis tries to be cosmetically as close to the original body part as possible and still be able to emulate some of the body parts fuction. But often the cosmetics consume far more space than the functioning parts. This is space that could be used for additional fuctionality. Like the Cell Phone Tooth, or an artificial eye with a digital camera built in, or a fake arm with a computer in it. Perhaps for cooks something as simple as a false-leg/knife-holder.

If you were to design prosthesis's and wanted to add bells and whistles for the end user, what things would you add? Other than 'fricken laser beams', that is. ;)

Personally, I'd like prosthetic forehead with built in data projector so I can watch movies where ever I am.

Monosylabic.
It's five complex sylables,
All just to say one.

Think this could be worked into a pick-up line?

In other news, I am looking for an exercise partner. While the above method sounds grand (and I am accepting applications for that too), I was more thinking a walking/hiking buddy.

For the Paul Oakenfold lovers, grab these while they are hot: