I still endorse the "no shirts, no service" rule, but not for health concerns, but rather when I look at Middle America, I have to say I preffer them with their cloths on.

Anyway, someone want to fill me in on the real health risks of being barefoot in a restaurant?

Bush commuted Scooters sentence? I'm actually surprised he didn't fully pardon Scooter. But I think this show the prevalent nepotism and rewards for cronyism(sp?) that is prevelent in this administration. This administration is as corrupt as they come, but it's not bribes with money, but with favors and bought loyalty.

Bush claims to be adjusting the sentence to fit the crime, and that he is a nice caring guy for doing it. How often did he do this while he was the Governor of Texas? When has he ever done something like this when a friend or business partner wasn't involved?

In other news, there are calls for impeachment. We have one year of Bush left. How slowly congress moves, could the impeachment actually be done in that time span? As much as I would love to see egg on Bush's face as he's marched out of office, I think it would just worsen political discourse in this country.

One thing I hope that does come from all of this, all those people who had "W4" sticker on their SUV's, the same stickers that have magically disappeared from their SUV's in the last year, have learned something from this and aren't so eager to mix religion and government in an effort to force their faith down other people throats. I doubt they have, but I can hope.

Wikipedia Admins once again show that they have their heads up their collective asses.

Some people are like Slinkies: A lot of fun to push down stairs.

I just got a flier for Movies by the Mural. This is free, outdoor I think, movies in the Seattle Center.

The line up is:

I knew some phones had poor security, but Epson's must really suck. Most of the attempts to post spam in the comments on my image server come from this browser type:

My guess is this brand of phone has been majorly cracked, and now people are walking around with zombie systems in the bags and pockets. The sad thing for consumers, the being on air continually transmitting both runs up huge bills and kills their battery life. I would think people would be up in arms beating on Epson's doors demanding a fix. 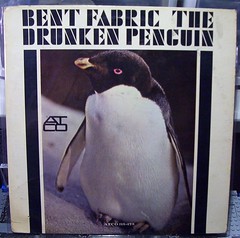 Wisdom from Duck and I:

SadMan Duck (3:59:30 PM): Good judgment comes from experience, and experience comes from bad judgment.
adameros (4:01:06 PM): I have a lot of experience...
Collapse